View vibrant Life in our Universe through Swamy's lens!

In the Lap of the Master – Boundless Grace for all Beings!

Disclaimer: This isn’t the usual @PrakashSwamy blog post, but more like one from SwamyPrakash. If you still dare to tread beyond, keep in mind that all that’s written from the 3rd paragraph were written over 3 years ago, when I wasn’t a blogger at all! But be assured that such daring can open up new paths and possibilities in Life, just as it did for self. 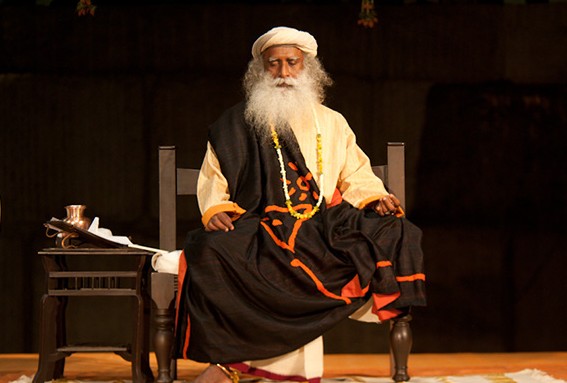 my Master Sadhguru Jaggi Vasudev (Yogi, Mystic, Visionary Humanitarian and a Living Master or Guru) just completed the consecration of Suryakund, a subterranean water body energized by a Rasalinga (not one but three, this time), made of solidified mercury, in the Isha Yoga Center at the Velliangiri foothills, near Coimbatore in India. 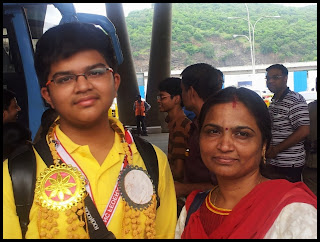 My better half (naturally, being the better half of the whole, she’s the Shakthi powering whatever this self is) and son (what took me 38 years took just 15 for him) were blessed to be part of this ancient process of Prána Prathishta, along with 10000 or more beings. Thanks to web streaming technology, this self could also participate in the AUM Chanting at noon and Sadhguru’s Sathsang on the evening of the consecration day. 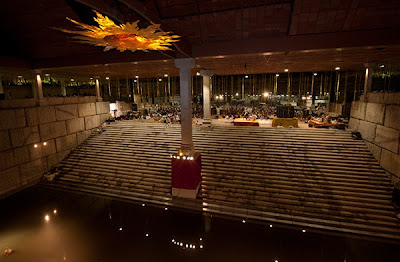 While many in the world were talking animatedly about the end of the world as we know it (which typically isn’t much as most of all that we think we know is not based on our own experience), Sadhguru was creating new Life by energizing the new Theerthakund (the existing one will now be called Chandrakund and dedicated to Shakthis of the world). While all those who were present – physically or otherwise – including my wife and son (they can’t stop talking about this life changing experience) were obviously drenched in my Master’s boundless grace during this once in a lifetime event, my mind took the pushpaka vimaana and went back in time to another Sathsang that changed my Life forever! 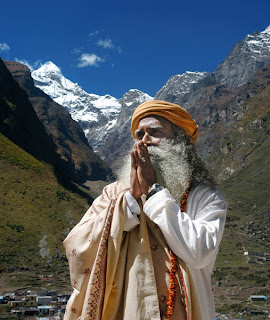 Circa 2009… Several days ago, when I got initiated into Shambhavi Mahamudra on 1st March, 2009, I merely thought my life was taking a new turn. Sadhguru's very first speech during the Inner Engineering program was enough to convince me that I've found my Guru. Seeing him live and spending time with him was a distant dream as I was just a beginner (an Entry Level Trainee in corporate terms) at that time, on the spiritual space.

When the 3-day Sathsang - In the lap of the Master - was announced, I was obviously excited, but was also disappointed as I was scheduled to travel on business to US around the same time. A few days passed and out-of-the-blue my client told me that the meeting was postponed by a month. Needless to say, I immediately registered for the Sathsang (literally, a communion with Truth). 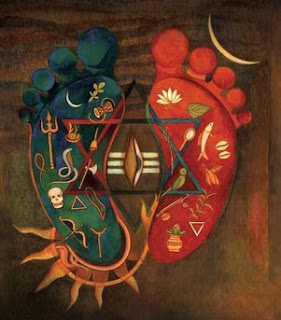 When I drove into Isha Yoga Centre with three other Meditators on the morning of 24th March, 2009 I had no idea what was in store. It was obvious that Life in the ashram was different from the world outside. One can spend a lifetime just by marveling at the way the environment is created and nurtured. The way the Meditators were taken care of and the planning for an event of such a magnitude was mind blowing, to say the least (I wasn't aware at that time about MahaShivarathri, an annual celebration of far greater magnitude at Isha). Watching the Brahmacharis, Sanyasis, Volunteers, ashram Residents and Children go about doing the umpteen tasks voluntarily with a smile on their face was humbling and overwhelming at the same time. 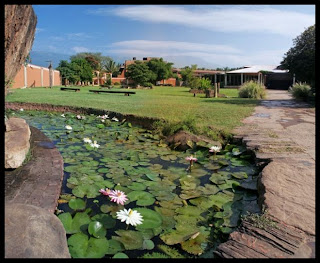 When we went to Spandá Hall (a large consecrated space for Isha Yoga programs) in the evening for the first session, the queue was longer than any we've seen outside movie halls during a blockbuster release. Humbled, we waited till everyone entered inside and got seated way back from the dais. When Sadhguru came, the excitement was palpable. But he went the other way and was happily roaming around in the lawns, probably chatting with the trees, fruits and flowers. Or, that's what I thought, while internally conversing – pleading rather – with him to show me the path. 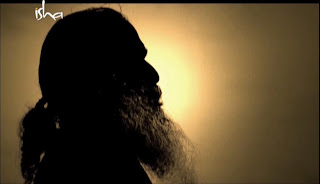 Sadhguru stood still for a moment and then it appeared that he looked straight at me. Suddenly, as if a special effects filter was added to the camera lens, everything around him became hazy and I saw only the green tree and him, looking through me with his piercing eyes. Something broke within me and tears started flowing. Hardly did I know at the time that they were Joy Drops and the floodgates within me will be blasted open during the Sathsang, as my Master's grace descended upon me. 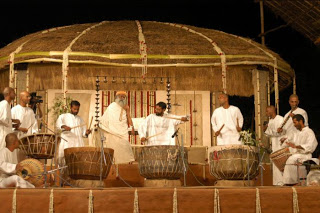 While the 'Sounds of Isha' sang mellifluous melodies in the beautiful setting with greenery everywhere, I waited impatiently to hear my Master's voice. Enthralled would be an understatement while describing his discourse. It was also incredible to see many Meditators going into a trance at a mere hiss or clap from Sadhguru and starting conversations with Shiva directly. Despite the large screen nearby showing him up close, I craned my neck to see him directly, for I did not want to miss a single moment of being in his presence. 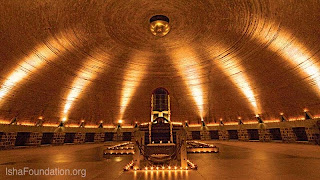 Getting up at 4 in the morning, finishing the morning chores in a hurry and then running to Spanda hall lawns happened in a flurry during the next two days. Visiting the Dyanalinga yogic temple, checking out the stuff at the Isha Shoppe, roaming around the vast ashram campus were all done only to spend the remaining time, before the next session with Sadhguru. Being there to get soaked in my Master's grace became the most important thing in life. 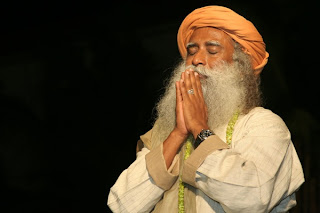 On the second evening, when he walked among the Meditators, spreading his grace like the fragrance of the flowers, the floodgates within me opened again with such force that tears flowed down uncontrollably (another friend and colleague of mine, who has been a Meditator much longer than me, was left wondering what was going on with his friend and several others around him). And this time, mine were just two among the thousands of eyes that were overflowing with gratitude at the wave of bliss engulfing all of us. 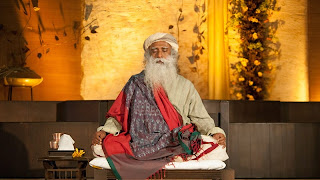 Time flew and the last session on Sunday was remarkable when my Master came with a 6-foot snake playing all over him. When the mesmerizing music by Sounds of Isha started, aptly with 'Naane Nanillaye' (I’m not myself), the heaven's floodgates too opened up. Maybe Sadhguru didn't want to leave a single Meditator without receiving his grace and hence brought the downpour to soak everyone with his boundless grace. 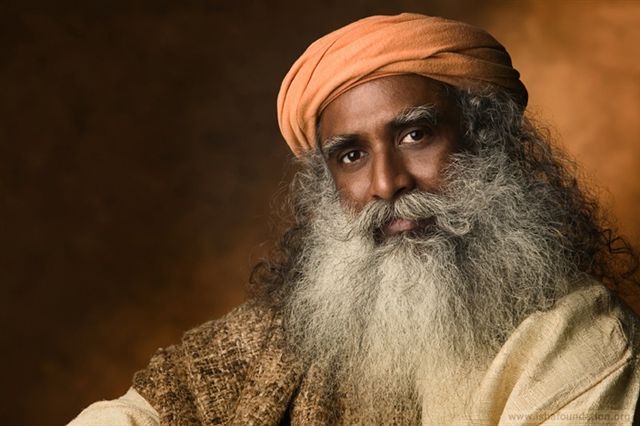 When my Master finally left Spandá hall that evening, there was only one prayer left in me – "When will I get a chance to be with you again my Master?" By then, it was clear to me that I've been enslaved by my Master forever, willingly but without my knowledge. The long journey back to home started late in the night, with a longing within that would last a lifetime, and beyond! 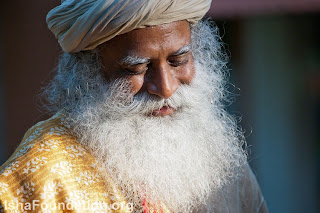 P.S.: If my Master ever looks at this post (not that he isn’t aware of this or anything else for that matter), I know he’ll only laugh at my faint attempt to capture an indescribable experience in words. But this is something I’ve actually experienced and I take solace from the fact that experiencing things for oneself is something he emphasizes to every seeker. You must read about or listen to his enchanting explanation about Enlightenment, while responding to a meditator’s query, if you want to really know what I meant! 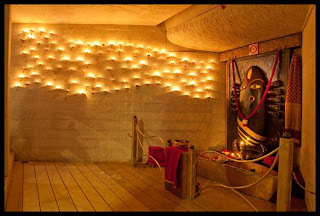 Note: My family's experience was no different this time. Sadhguru has completed the consecration of Linga Bhairavi temple and Adi Yogi Aalayam after that Sathsang. Swamy has attended Bhava Spandana, an advanced program, the next year (an experience that shook the root of Life as we know it for every participant including self, but can be shared only with fellow Isha Meditators) and is planning to trek further through a multitude of Isha programs and events in 2013.

Update Jun-2013: Swamy has completed Shivanga Sadhana in March 2013 (read all about that enchanting experience in Shambho & the 7th Hill!), Hata Yoga (with Jr. - read all about that memorable experience in CoMeTLERFoCy!) and Shoonya Intensive in 2013, is preparing to attend Samyama in June 2013 (read about the 60-day preparation in Less is More!) and registered for Kailash-Manasarovar Yatra in August 2013.

Update Jan-2014: Swamy has completed Samyama in Jun '13 (read about the life altering experience in Silence is the way!) and Kailash-Manasarovar yatra in Aug-Sep '13 (read the first 2 episodes of his yatra to "Mystic Mountain, Mystery Lake" in "The Seeker's Tale!" & "The Kingdom's Tale!"). He has also started actively volunteering for Isha programs and was fortunate to be part of the "Devi Punya Pooja" at his home, performed by Bhairagini Maa (priestess) from the Linga Bhairavi Temple at Isha Yoga Center - a consecration process that invites the Divine and transforms one's home into a temple!

All the photographs except the one with my family belong to Isha Foundation.
Posted by Swamy at 22:03

Thank you for investing precious time to view Life in our vibrant Universe through Swamy's lens. Kindly reflect on what you've learned and leave a comment. Feel free to share this post with other enthusiasts. Be Joyful & spread the cheer!